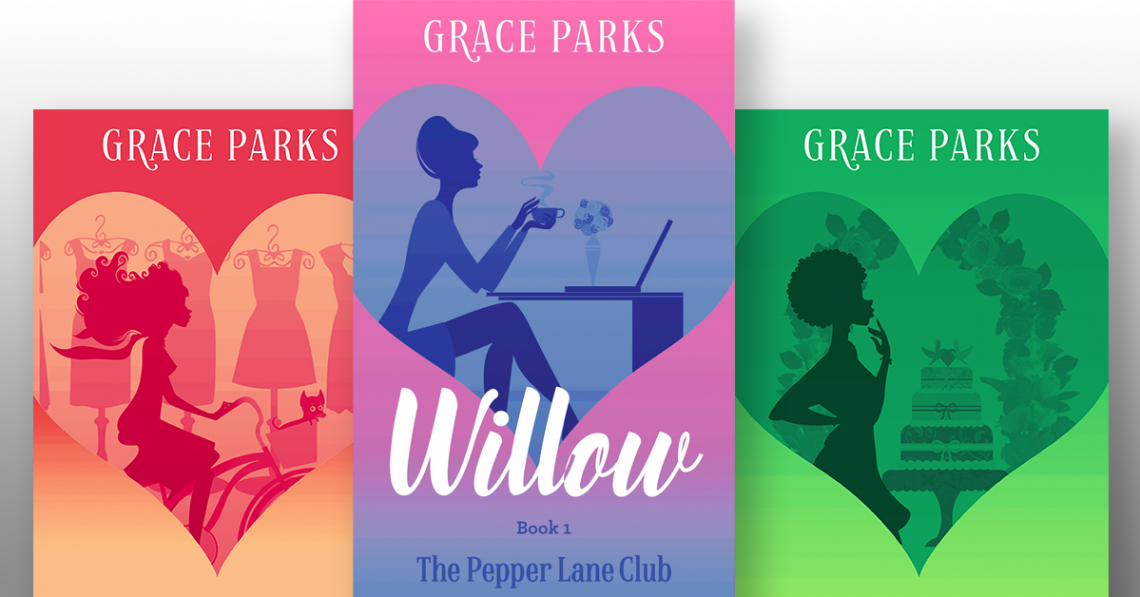 I was fortunate enough to be asked to design the covers for Grace Parks’s six-book series, The Pepper Lane Club, earlier this year. The series is about six women who agree to meet once a month at their local café. Each book follows a different character and their journey to find love as this diverse and very different group of friends starts to form a tribe. Grace was kind enough to agree to answer some questions for my blog. Read the interview below!

1. What made you decide to be an author?

I don’t enjoy the corporate world. I’m at my happiest when I’m at my desk writing, and turning this into a living was one of the best decisions I’ve ever made. It wasn’t an easy journey, but I don’t believe in taking the easy way out. I’ve considered many other job avenues, but I always came back to writing.

2. What do you do while not writing?

3. What do you love about writing romance?

The world we live in can easily get you down, so getting lost in a good happily-ever-after is a wonderful escape.

4. Can you tell us what inspired the Pepper Lane Club?

I thought about my own group of friends, and how different we all are from each other. I thought this would make a good base for a story, where friends compliment each other despite their unique characteristic traits. I wanted to use ideas from my own life to formulate this literary tribe.

5. The Pepper Lane Club series focuses on six friends who have dinner together once a month. If you had to pick a personal favourite character who would you pick?

No! Don’t make me choose. I have become so attached to all the characters. Riley, a writer, is probably the most like me, although I see characters of myself in each of them. My favourite is probably a side character, Luca. I like him so much I’m considering a separate book from his point of view.

Anything by Marian Keyes.

7. Do you believe in soulmates?

8. Please include an extract from one of the books

This is the start of Willow, book one:

I dangled off the sofa with the grace of a gorilla, and eyed out my target. The mug I’d left on the small table at the other side of the room seemed to shrink the longer I watched it. I narrowed my eyes, lifted a ball of paper, and threw it. It hit the edge of the mug, and fell unceremoniously to the floor. I groaned. When had my life become so boring? I’d been home for an hour already, and the only exciting thing I’d done since getting home was unsuccessfully fling paper into a dirty mug. Even getting up to clean that mug would’ve been better than this, which reminded me, I really needed to clean the house. Tomorrow. Eleven was too late to clean. Instead, I slid down the sofa, and reached out for my phone. As I continued to lie on the floor, I called my sister.

“Why would something be wrong?” I asked.

“Will, it’s eleven. Why are you calling me now if nothing is wrong?” The annoyance in her voice was palpable, her face probably as scrunched up as the ball of paper on the floor.

“I wasn’t getting ready to go to bed!”

“Is that because you’re already in bed?” I asked. We may not be as in tune to one another as some twins were, but I knew my sister well enough.

“Wow, hello to you, too. Can’t I phone my sister without getting the third degree?”

Riley sighed. “Of course you can. Thank you. It’s wonderful to hear your voice again. I will rest better after this phone call.”

“Sarcasm does not suit you one bit,” I told her, even though a part of me couldn’t help but smile. Riling up Riley was my favorite thing to do, and not just because of the alliteration. I had thought that she, as a writer, would appreciate it, but apparently, she saved her sense of humor for her books. “I’m calling to see what you’re up to. Thought maybe you were at some cool party I could join.”

“Sure, because that’s exactly what you’d usually catch me doing on a Saturday night. You phoned me because you were bored.”

“Maybe,” I admitted. “Does it help to know that you were my first phone call?”

I groaned. “We’re twenty-five, Riles. We shouldn’t be at home on a Saturday night. Mom and Dad were already hitched by our age.” 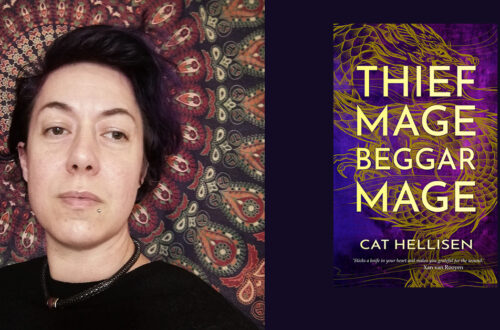