Romances are meant to inspire passion but when Stephenie Meyer, EL James and Jojo Moyes wrote their bestsellers, they probably weren’t counting on that passion being the violent, pitch-fork-wielding rage that has found them online.

What’s so bad about these books? And how is it that they, like some woebegone heartthrob, are still able to find love?

The Twilight series hit bookshelves back in 2005 to a chorus of squeals from teen girls across the globe. In the decade since, it has acquired a dedicated fan base of all sorts. But for every “Twihard” the vampire love story has, there’s a critic waiting to give you an earful. Here’s why:

The biggest controversy surrounding this vampire love story is the role of the main character, Bella. She is passive and indecisive, her whole existence revolves around boys – particularly the rather creepy stalker-type that becomes her boyfriend and later (spoiler alert) her husband. Did I mention he also wants to eat her? Yea, he has to fight a constant battle with himself not to sink his teeth into her flesh. If that’s not an analogy for spousal abuse, then I don’t know what is. As if that wasn’t enough, when he leaves her (for her own protection) she falls into a self-destructive spiral to get his attention, bordering on attempting suicide, because her life is just that meaningless without him. The perfect role model for young women, right?

The other thing that annoys Twilight’s critics is how the story portrays the author’s Mormon beliefs. According to some accounts, the Cullens represent the Mormons and the story is a parable about how great their faith is compared to other Christians (depicted as ancient, evil vampires) and how a non-believer (Bella) can find happiness and love by converting to Mormonism. Was Meyer trying to indoctrinate young minds?

It’s easy to hate something when you look at the surface details, but Twihards are not stupid. There’s a reason that they love this series, despite the avalanche of negative commentary.

“Bella in the books is funny, down-to-earth and relatable,” says Cherise Sue-Leigh, who took Twilight out of the library when the movies were announced to find out what all the fuss was about. “[Bella] was a character I could connect with. I was entertained by her inner thoughts, clumsiness, and connected with her heartache and ups and downs.”

She echoes what many say about the erstwhile heroine: she’s intentionally described in broad strokes, left mostly empty, so that anyone can fill her shoes and experience the story from her perspective. This technique is often used by authors writing in the first person to bring the reader closer to the story.

As for Bella’s relationship with her vampiric dreamboat, some readers see the hardships that they go through (her being his natural prey, for instance) as a pretty decent lesson for teens.

“I guess to me it’s about forbidden love, or socially unacceptable love. But at the end of the day, true love prevails and that’s what’s important. True love, when working together and supported can overcome any challenge,” says long-time fan, Cloe Hart.

Gina Jett read Twilight after she saw a girl being lambasted online for getting a Twilight tattoo. Judging by the all-out rage the novels inspired, she expected the book to be much worse than it was. “So many people say ‘Oh, they are abusive relationships that set a poor example’, but I frankly find it insulting that people insinuate that any woman (or girl, or boy, or man) would consider any work of fiction a how-to guide of relationships of any kind. Examples of healthy relationships are created at home and in the community, and not by single works of fiction.”

And how do the fans feel about the accusations of the series being a dogma-laced Mormon analogy? Well, for some of them that adds to the appeal.

“Christian values can be seen throughout the books,” says Hart. “Waiting until they are married for sex, their strong views on family, their views on marriage being important (just look at how important it is for Alice and Jasper to be married after high school, every time they graduate). The books may be based on a dream, but the underlying values of Christianity are still there. I love that it is a fantasy love story, that has enough depth that it could almost be real and that a lot of the values sit well with me, being a Christian.”

Of course, there’s also the argument that all of those critics are completely overthinking it.

“I see the Twilight books like junk food,” says Stacey Anne, “Generally falling on the bad side of the literary spectrum and not something I read all the time, but nice to binge on occasionally.”

According to Laura Carter Tackett, they are the ultimate wish fulfilment. “They may not be the best written novels ever, but they did a lot of things right, and for that I’m grateful to have read them.”

Fifty Shades of Grey, otherwise known as the novel that introduced housewives everywhere to the joys of erotica, was initially self-published as an e-book. It was so popular that it was picked up by Vintage Books in March 2012. It went on to sell 125 million copies in 52 different languages in its first three years. Yet, critical reception was terrible.

One of the biggest complaints about this runaway bestseller is the writing itself. It comes across as fanfic, because it is. It was initially Twilight fanfic that had some facts and names changed to avoid IP infringement.

“50 Shades is tricky because many people qualify what Christian put Ana through as abuse,” acknowledges Gabrielle de Souza, who enjoyed the books. “For me, it’s complicated. But in terms of their power dynamics she won. She got everything she wanted from him, and she came to enjoy the S&M.”

Emily Pickens sees their relationship in a different light. “I like the romantic side, how Ana helps Christian to heal from his past. I like how he wants to give her the world and protect her and, in his own way, romance her.”

Hart concurs, “To me Fifty Shades of Grey is a series of books about the abuse of a young man, and how he learns to cope with that, before he meets the right person to help him overcome and move forward.”

She says that the books don’t have time to convey everything that would go into the relationship between a dominant and his submissive. “The Sub is the world to the Dom, and their health and wellbeing is a priority.”

Then there’s the sex.

“The kinky bits are fun to read and it gives you an insight into a darker side of sex,” says Pickens. “It’s one of those trilogies that doesn’t require much concentration. but was still fun to read (on Kindle so no one knows what you are reading…). I liked how bits made me smile, bits related to me in a sense, they were similar to my own experiences, and I still blushed like a complete schoolgirl in the kinky parts!“ 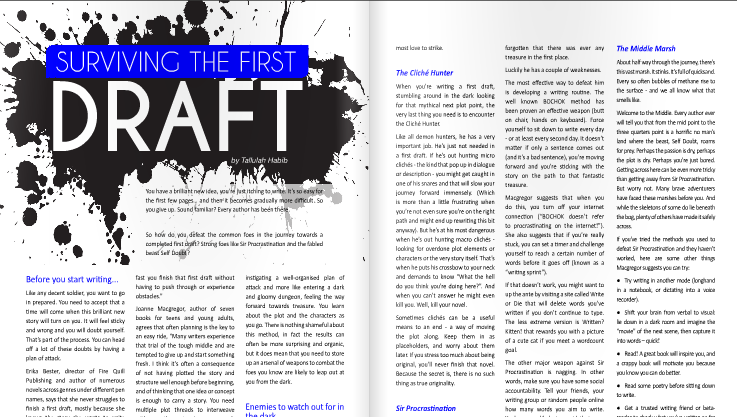