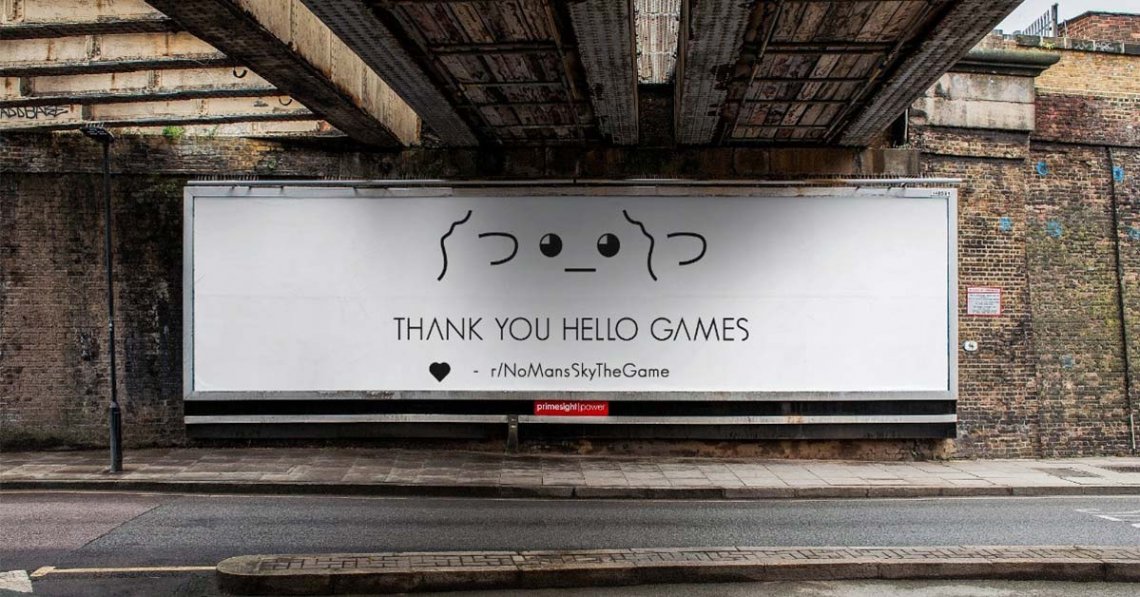 Gaming has earned a reputation for being incredibly toxic. In fact it was even a joke in Avengers Endgame.  But here’s a beautiful reminder that the loud-mouthed assholes don’t speak for all gamers, or even the majority.

When space exploration game, No Man’s Sky, launched in 2016, people were pissed. The game had promised a number of things that weren’t there and some players encountered a bunch of bugs that broke the game, even after the first patch. The amount of hate that was directed at the creators, Hello Games, was… well… Game of Thrones ending level vitriol. It was bad.

I guess I was fortunate in that I was under a rock while the whole three year build-up to this game’s launch happened. I didn’t know what it was supposed to be. When No Man’s Sky actually came out, it is what prompted us to buy our PS4 and it was totally worth it.  I loved the game so much that I platinumned it (got all the achievements, even the hard ones), which I’ve never done for any other game (not even Dragon Age Inquisition!).

Which is to say, that it was still a great game at launch, even if it wasn’t what people expected (like Game of Thrones, I guess. Or Star Wars: The Last Jedi).

No Man’s Sky puts you on a randomly generated world where you’ve crash landed. You then fix your spaceship and explore the universe, collecting resources to upgrade your equipment, finding strange creatures and weird biomes, while trying to work out the meaning of life. There are alien beings you can encounter and you can learn their languages if you want to. There are space pirates who attack you once in a while, and robotic sentinels on some worlds who don’t want you wrecking their environments. Fair enough. Other than that it’s a super peaceful, really beautiful game. That, once again, was fine at launch.

But after receiving all the hate, the negative reviews, the personal abuse, did Hello Games take their money and run? Did they issue a half-assed apology about misunderstandings and then go quiet? Did they make gamers pay for the services they’d promised initially as DLC?

None of the above.

Instead, they spent three years (so far) working on the game and updating it for free. They released numerous patches that completely expanded the game, without demanding anything in return. It’s as if EA decided to release all their Sims expansion packs for free (can you just imagine that ever happening? I can’t).

So I was thrilled to see them tweet this story today.

A bunch of No Man’s Sky fans on Reddit decided to raise money towards a billboard that the employees of Hello Games can see when they drive in to work every morning, just saying thank you for the hard work. The campaign founder, “Cam G”, said on GoFundMe:

Hello Games has put in a heroic effort to get NMS to where it is today. As a community on r/NoMansSkyTheGame we’d like to express our thanks.

The funds will be used to print and install a billboard in Guildford UK, within walking distance of the Hello Games LTD office. I’ve made a very simple design but I’m open to changing it to get something we are all happy with.

A portion of the funds will also be used to buy a case of beer and lunch for the team.

Billboards are booked months even up to years in advance, we were lucky enough to be offered a 2 week campaign within a 2 minute drive of the Hello Games office in Guildford, UK. The closest available time slot was a 2 week period from 12 AUG 2019.

Whilst the campaign start date is 2 months away, I will need funds for this ASAP so that I can secure our spot and send them our artwork when it is finalised.

I’m very excited to see this through with the rest of r/NoMansSkyTheGame.

The campaign was funded within a day, but people were still donating.

So Cam G issued an update:

I’m amazed at this overwhelmingly powerful response. It’s kind of awesome to see how great we can be as a community when we want to achieve a common goal. I don’t say this as just a fellow traveller either, I say it as a gamer that started with a Sega as a tiny kid (DM me your favourite Sega Disc Games).

So the billboard is a go, the beers are a go (ooo0o what did I choose?) and the food is kinda a go (I’m still researching a great place within range of them that I’d buy a voucher for). I was really impressed with what we as a subreddit were able to achieve out of support and recognition of Hello Games.

Which is why I’m 100% going to set up a charity drive to give games to sick kids athttps://www.reddit.com/r/thegiftofgaming I thought if we have already achieved this in half of a day imagine what we could do to help kids who really need the joy, escape, and most importantly the beautiful shared experiences that you get in playing and simply talking to others who will listen.
So, I developed a plan for the last several hours that could allow this to take place in an efficient and realistic way. I’m going to detail it in a post in r/thegiftofgaming I’ll share it here first and ask the moderators at r/gaming to help me share the cause too.

I just want to say thanks to everyone who donated, all excess funds will be going toward giving games to sick kids. I’m really excited to share my vision for this cause. I’ll be updating everyone on the process of this through the gofundme page, reddit and on discord.

I’m hoping Hello Games can get behind us in spreading the word of the charity drive when they catch wind of this.

Sometimes it seems like the world has gone crazy and there’s nothing in the future but doom. Then I see something like this, and it restores my faith in humanity. *Wipes away a happy tear* 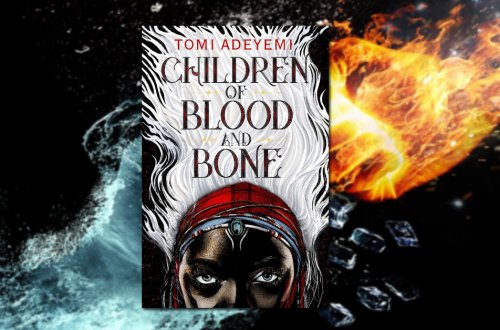 Disney to make Children of Blood and Bone movie