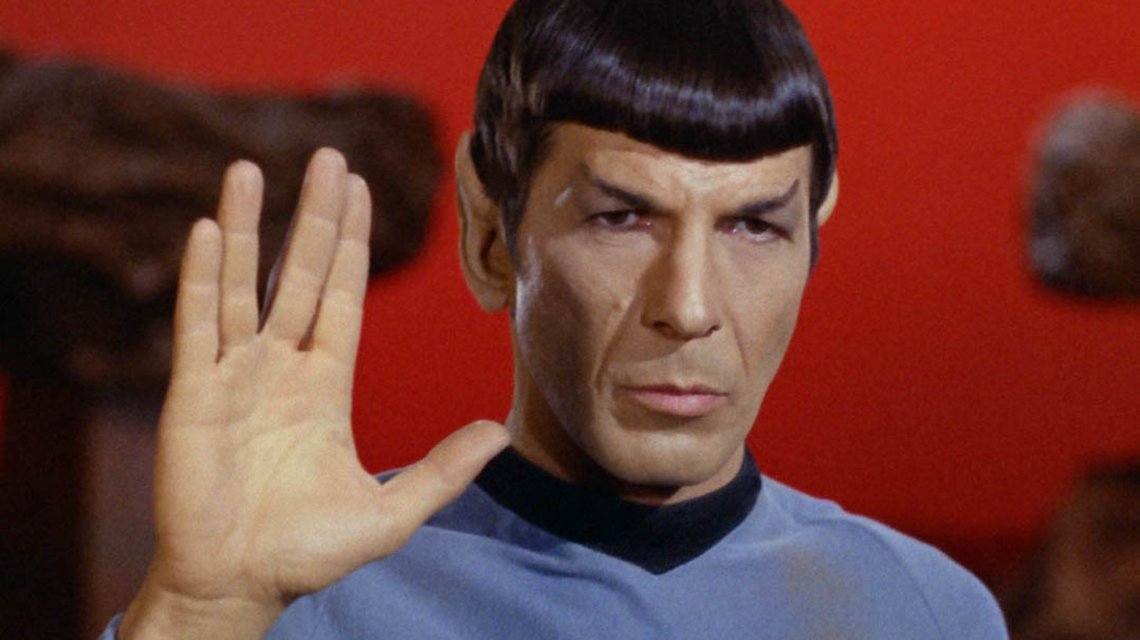 I’ve been binging Star Trek: The Original Series recently, and it only took me a few episodes to work out why I couldn’t get enough of it.

The world it was written for was in upheaval. The Cold War was raging, US troops were being deployed to Vietnam by the thousand, countries all across Africa were suffering military coups or fighting against dictators, civil rights leaders were being bombed and racial tensions caused riots throughout the States.  The great global propaganda machine was trying its darnedest to separate man from brother, technological advances were pushing people out of jobs, and Time Magazine was asking, “Is God Dead?” on its cover.

It was a dark time, and it got so dark that many were wondering if there was a future at all or if we were going to wipe ourselves out.

Sound familiar? It does to me. Every time I turn on the news at the moment, I want to cry.

Then along comes Star Trek. It was written as an antidote to that world, and it has the same effect on this world so many years later.

It presents a possible future for mankind where we turn our minds to peace and exploration, to creating and building and discovering. Against the backdrop of everything going on in the world, here was a spaceship with a black woman as one of the senior staff and a Russian chief of security (who loves Russia and mentions how much he loves it in almost every episode), and Spock, my favourite alien space elf, with his Beatles haircut and his running commentary on what it means to be human and, often, what we humans can aspire to be.

Here are some of the lessons I think we can all learn from Spock, that are as relevant now as they were in 1966 – maybe even moreso.

If you are at all familiar with Vulcans, you know they strive to be beings of pure logic who make decisions based on facts alone, not emotions. Even full Vulcans, like Tuvok and Sarek, seem to require a lot of meditation to maintain this way of life. If they do ever feel, they certainly don’t like anyone to know it.

Then you have Spock – the half breed.

Time and again, we see that Spock does feel emotion. When Spock is tortured by the Platonians in Plato’s Stepchildren, he confesses that he’s struggling with feelings of anger. When he thinks he’s killed Kirk in Amok Time, he is notably distressed and actually smiles when he finds out Kirk’s alive.

We are also shown over and over how his discipline is put to the test. In the new films and in the animated series, we see him being bullied by other Vulcan children. Even his friends are guilty of using him as an emotional punching bag because they think their words won’t affect him. In Spectre of the Gun when McCoy and Scotty think Chekov has been killed, they take out their grief on him, demanding an emotional reaction to the tragedy. But when Kirk tells them off, Spock’s response is, “Captain, it’s quite all right. They forget I am half human.” And then a few scenes later he even gives McCoy a rare complement. (Because that’s the logical thing to do when your friend is upset).

He feels, but he makes a conscious decision whether or not to react, and how to react. It’s such a big part of his character that they hinged a large part of the 2009 movie on it. (Basically short of someone killing one of the two people he loves – his mom or Jim Kirk – he’s not going to lose his cool).

When others are hurling their emotions at him, he reasons out their motivations and acts accordingly. You’ll never see Spock going on the defensive (“but you said!”), or raging at his colleagues for making mistakes, or panicking about danger. He would not allow the trolls to get him worked up or spend all night arguing with strangers on the internet who say horrible things. No doubt, he would feel the same level of frustration as we do in such circumstances, but he would reason that solving the problem is more important. Or, when it comes to trolls, that feeding them is counter productive and therefore illogical.

We live in a connected time when other people’s emotions are constantly bombarding us. We can’t control that, but we can try to develop the discipline to determine what we let trigger our own savage impulses, and how we react when our emotions threaten to overwhelm us.

While Vulcans are known for their emotionlessness, the basis of their philosophy is actually diversity. This is represented by the IDIC – a symbol denoting Infinite Diversity in Infinite Combinations (also known as the Kol-Ut-Shan). In simple terms it means that everything beautiful and good in life comes from bringing together things that are different from each other. You can see this philosophy reflected all over the place: in colour theory where we place contrasting colours together to bring out the best in each, in biology where genetic variation is so important, in cooking, in music, in science, in dance…

Since it is so core to Vulcan philosophy, Spock is always willing to embrace differences. Strange things are “curious”, and sometimes even “fascinating”. He respects and embraces the different cultures on board the Enterprise and on the planets they visit, and he will defend them (even if it means butting heads with Kirk and McCoy), though he may not understand them.

In the episode Spock’s Brain, when an alien race steals his brain and plugs it into their master computer, not only does he not resent them for this deed but, once he’s healed, he so full of obvious enthusiasm about this culture and its odd evolution that McCoy makes a snide comment about how he shouldn’t have reconnected his mouth.

Perhaps this philosophy, and not his fondness for regulation, is why Spock is always the one to remind Kirk of the Prime Directive of non-interference with developing cultures? He can appreciate each culture, and each person (even Dr. McCoy) for what they are. Which I think is something we can all aspire to, especially in the current political climate.

Another gem of Vulcan philosophy is, “The needs of the many outweigh the needs of the few” (paraphrasing real world utilitarian thought). For Spock in particular this often (extremely often, like every second episode often), means he offers to lay down his own life or undergo great personal injury or peril if it means helping others. He’s gone temporarily blind, he’s ordered McCoy to let him go insane, he’s risked getting trapped in time, he’s taken poisonous thorns to the chest and of course died for realsies (albeit not permanently) in the Wrath of Kahn.

In the episode that I dub “Spock’s Terrible, Horrible, No Good, Very Bad Day”, Journey to Babel, he’s supposed to give his estranged father a very dangerous blood transfusion (that could kill them both). He wants to do it, practically begs to do it. Then Kirk is injured and Spock has to be in command. He is willing to watch his father die if need be, because he believes the crew needs him more. And then his mom (remember: one of two people in the universe he loves) slaps him and tells him she’ll hate him forever because he won’t risk his life for his dad anymore. So in summary: Here’s a man who is disowned by the person he holds most dear, for doing a duty he doesn’t want to do, that’s getting in the way of him risking his life for the father who’s never approved of him, while the other person he holds dear is lying there possibly dying next to his dying father.

Spock doesn’t have a death wish, and he doesn’t undervalue his own life. He simply has that much integrity. He understands that he is not the centre of the universe and that it’s possible the biggest impact he can have is by doing his duty or helping someone else whose star shines brighter. In other words, putting his own needs aside for the greater good of the galaxy. A number of times throughout the series he says he has no desire to command – his place is at Kirk’s side, helping the Federation that can do far more good than just one man.

Sometimes I fear that social media has made us all a little self obsessed. We compare our lives to the lives of others and want, want, want. Mr. Spock is a reminder that there’s something deeply honourable and rewarding about playing the role of support. In fact, Kirk would be dead (for real and forever) many times over, and as a result the universe would have been a much darker place, if not for Spock.

In ages past, Vulcans had their own Cold War. Only, it turned hot and their civilisation was brought to the brink of extinction. At the moment before destruction, they changed their ways. They adopted a philosophy of pacifism, with logic at its core. Their civilisation saved itself and grew on to become one of the most influential in the galaxy.

This is perhaps the most inspiring thing about the Vulcans both to us and to the original viewers in the 60s: the belief that a race could come so close to destroying itself, and manage to turn back and fix things.

We’re currently sitting at two minutes to midnight on the Doomsday Clock. It can feel so very hopeless… but these stories give me hope. Not only because it’s something that the fictional races managed to overcome, but because the 1960s was not the end of the world, even though it must have felt like it.

Better days came, and I have to believe that better days will come again.

Until then, there’s Star Trek. 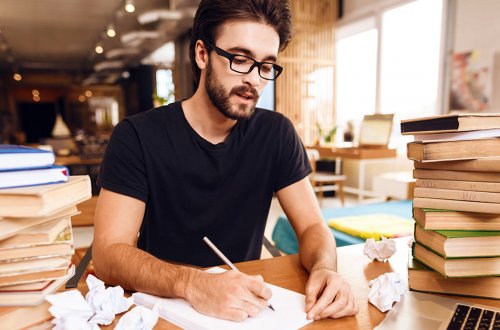 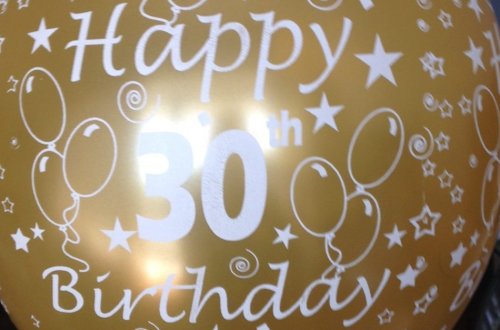